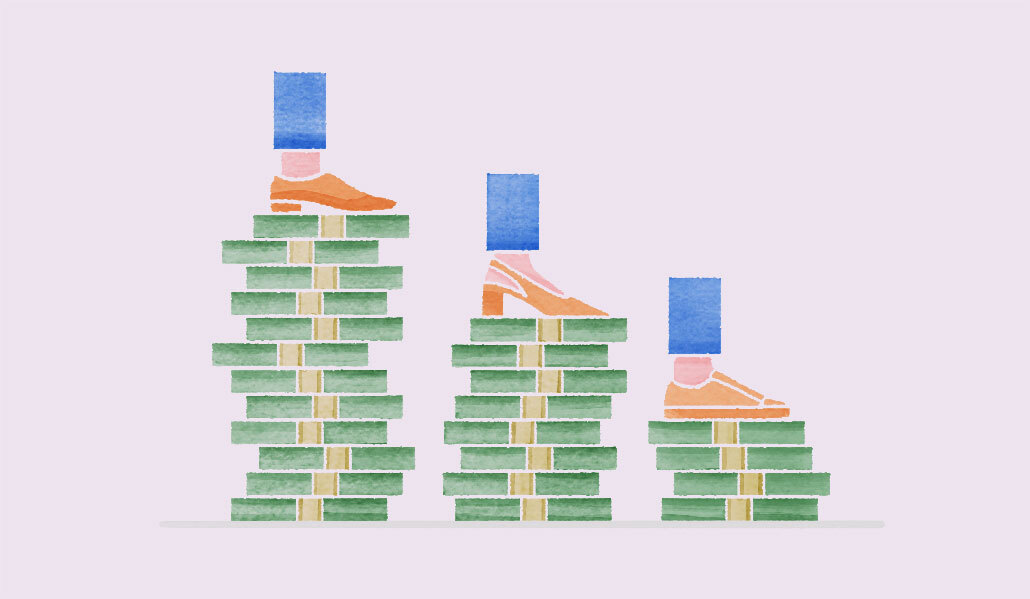 As a person of color, young woman and hijab-wearing Muslim, Haleema Ali often experiences racism, sexism and Islamaphobia due to these “immediately visible” traits. Like many people, however, what is not always immediately obvious is her socioeconomic background, although the discrimination she experiences as a result of it is.

“Classism can can manifest in many subtle ways, such as employees feeling left out of conversations in the workplace as they do not understand an inside joke based on the experiences of middle class co-workers, or in more overt ways such as mockery of regional and working-class accents,” said Ali, an activist who has experienced classism across all the sectors she has worked in, from politics and education to charity and the arts.

“It can feel like we’re playing class-bingo when we hear of ski holidays or, ‘staycations’,” she added. “For working-class people who couldn’t afford many or even any trips abroad, a short break to Great Yarmouth was a holiday.”

Ski holidays have featured among the countless stories of class-based discrimination Common People (an industry forum for working-class people in the advertising sector) has heard, too. Within 24 hours of setting up a WhatsApp group, more than 200 people from the creative ad industry had joined the conversation, which quickly became a safe space to share stories about comments colleagues had made about the way they talk, the types of drinks they choose on nights out, not having the same level of knowledge about food, wine and “highbrow culture.”

“We’ve heard some real horror stories of the things people have said to them about their background when they start jobs and people facing quite awful comments – some probably with the intention of being mean but some just a lack of thought and understanding about the world,” said Lisa Thompson, business director of strategy and planning at ad agency Wavemaker North and one of the co-founders of Common People.

Another story involved people calling a brand “chavvy” [British slang for describing insultingly how a person is dressed, behaves or speaks, that is thought to show a low social class and lack of education] during a pitch meeting and making derogatory comments about the people who worked there.

The stats around workplace classism are equally as stark. Professionals from working class backgrounds earn almost £7,000 ($8,300)(13%) less than their more privileged peers, are 28% less likely to have a management role, and a third less likely to be fast-tracked to a senior position. One in four people have had their accent mocked at work, with bias against working class and regional accents at a similar level to what it was in 1969.

While classism isn’t a uniquely British issue, there are aspects that present differently compared with other countries. Betsy Leondar-Wright is a board member, project director and senior trainer at U.S. organization Class Action, and has run classism workshops in both the U.S. and U.K. She notes classist attitudes are more overt in the U.K. and there is a much stronger emphasis on education and parental occupation when it comes to recruitment and promotions. She has also noticed the “ugly” class discrimination that exists around the “chav” stereotype.

In the U.S., meanwhile, Leondar-Wright suggests intersections between class and race “perhaps exist to a greater degree,” and in spite of there being “steady progress” in the number of college-educated African Americans working in professional and managerial positions, there remains a stereotype that “equates black and poor.” 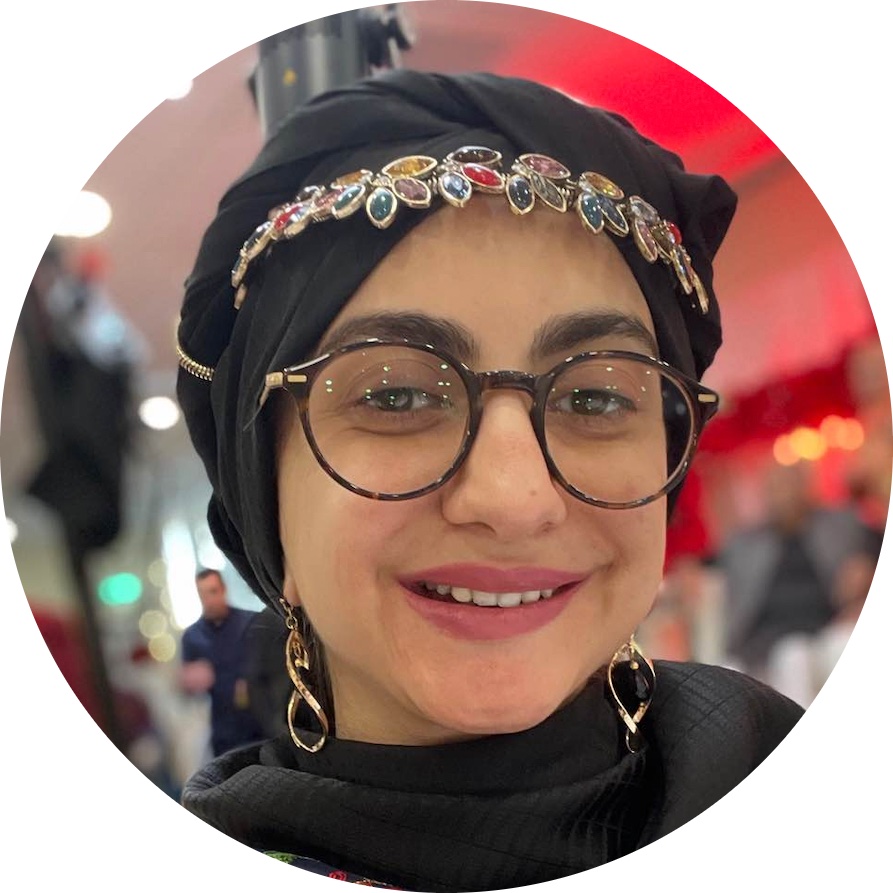 “Classism can can manifest in many subtle ways, such as employees feeling left out of conversations in the workplace as they do not understand an inside joke based on the experiences of middle class co-workers, or in more overt ways such as mockery of regional and working-class accents.”
Haleema Ali, social change activist.

This was a common experience for one of Leondar-Wright’s African American colleagues, she explained, who people would often wrongly assume was a single mother and change the way they spoke to her as soon as they learned she had a degree.

Social class impacts people at all stages of their careers. People from working-class backgrounds are less able to do unpaid work experience and take financial risks, and less likely to have the same access to professional networks – often afforded by parental occupation – who can provide advice, mentoring and advocate for them as they try to get a foot in the door.

“People are generally aware of social mobility when it comes to education, but how that disadvantage persists in the workplace is less well-understood and recognized,” said Sarah Atkinson, CEO of the Social Mobility Foundation (SMF), which recently launched a campaign to raise awareness of the class pay gap.

“We see that in evidence of who gets into organizations; very often there’s a recruitment gap between people from low socioeconomic backgrounds and their more privileged peers. A graduate from a higher socioeconomic background has a better chance of getting a job in a competitive environment, and five years after university they’re more likely to be employed in a high-status job,” she added.

This disadvantage exists even when people enter the same profession with similar qualifications and experience. Regardless of performance, those from higher socioeconomic backgrounds still tend to progress much quicker, which is what ultimately results in the class pay gap – the “leading indicator” of class discrimination in the workplace. It is significantly worse for women, disabled people and most ethnic minorities. 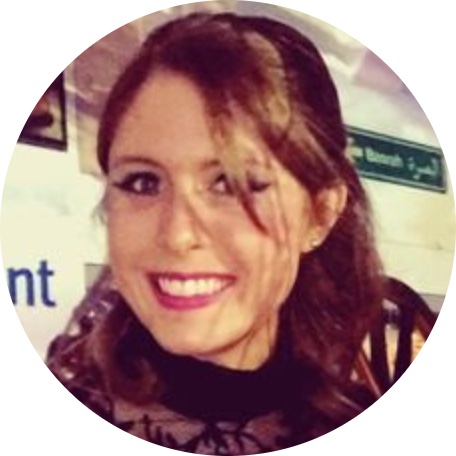 “We’ve heard some real horror stories of the things people have said to them about their background when they start jobs and people facing quite awful comments – some probably with the intention of being mean but some just a lack of thought and understanding about the world.”
Lisa Thompson, business director of strategy and planning at ad agency Wavemaker North and one of the co-founders of Common People.

While this is a complex systemic issue for which Atkinson says there are “no quick fixes,” there are examples of employers who are working to identify where the barriers exist and to break them down.

Management consultancy Accenture is among the top 10 employers in the Social Mobility Foundation’s Index for social mobility, which ranks organizations on how they are performing in this area. The company is ranked highly for a reason: it offers virtual work experience, an apprenticeship option for those with few or no qualifications, and has provided over 1,300 work placements in the U.K. to people not in employment, education or training.

“Addressing social inequalities takes recognition, investment and commitment to do what is fair,” said Camilla Drejer, Accenture’s lead for citizenship and responsible business in the U.K. and Ireland. “This is a human issue, above all else, but that lack of leaders (and future leaders) from a lower socioeconomic background also deprives the organization of fresh perspectives.”

Accenture is also a founding partner of Progress Together, a membership body working to drive socioeconomic diversity at senior levels in the financial services industry. Class discrimination is particularly shocking in this industry, with people from lower socioeconomic backgrounds earning £17,500 less, occupying just 11% of senior roles and progressing 25% slower than peers from more affluent backgrounds.

Ali believes providing a safe space for employees to actively talk about their lived experiences would be a positive step in the right direction for employers, as well as making sure class factors into all conversations around diversity, equity and inclusion.

Thompson, meanwhile, emphasizes the need to break down “automatic barriers which shut people out.” Travel costs, expensive technology and being expected to work for free can deprive people from low socioeconomic backgrounds of the same career opportunities as their more privileged peers. 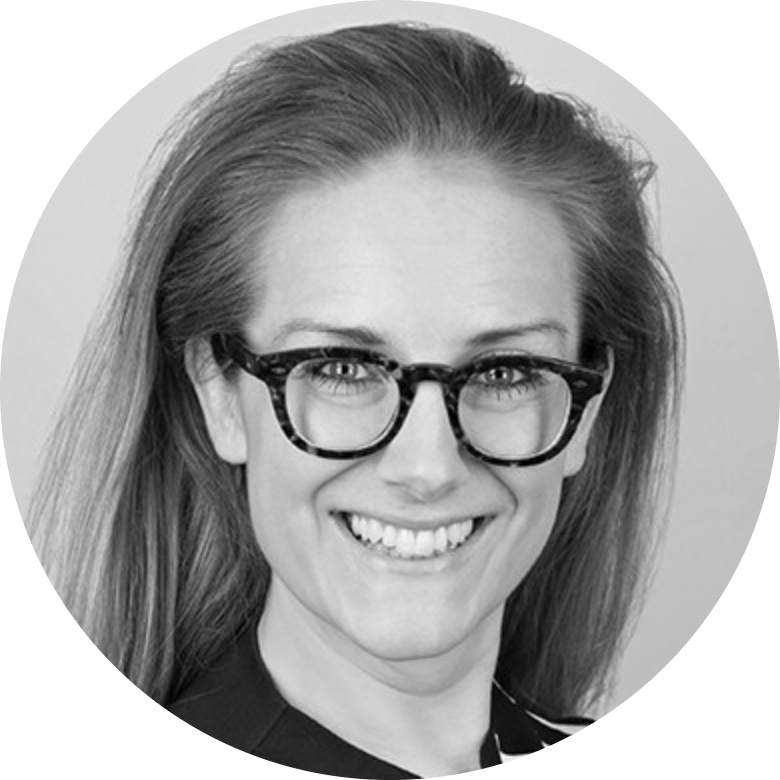 “Addressing social inequalities takes recognition, investment and commitment to do what is fair. This is a human issue, above all else, but that lack of leaders (and future leaders) from a lower socioeconomic background also deprives the organization of fresh perspectives.”
Camilla Drejer, Accenture’s lead for citizenship and responsible business in the U.K. and Ireland.

With this in mind, Common People Network has created a line of merchandise to raise money towards a creative bursary, which will go towards helping working class talent start out in the industry.

Many employers recognize that social mobility is good for business, yet the challenge often lies in knowing where to start.

In addition to making sure internships are ringfenced for people from working class backgrounds, Atkinson says a key step for employers is to start measuring socioeconomic background data. The SMF recommends asking current and prospective employees three questions: what the occupation of their parents was when they were about 14 years old, the kind of school they went to, and whether they were eligible for free school meals.

“From that, you can start to build the conversations in your organization, see where your gaps exist and set targets around your interventions,” Atkinson explains. However, given the stigma around class and potential discomfort in disclosing this information, she says it is “critical” that employees from all backgrounds understand why an employer wants that information, what they’re going to do with it, and that they trust it will be used for a positive agenda.

“Making sure people are confident that it is being used to make an organization more open, accessible and easier to progress, is really important,” she adds. “Leadership committing to how that data will be used is an important part of being successful in that exercise, too.”

The SMF is now calling for it to be a legal requirement for companies to measure and publish their class pay gaps, which the foundation says only three companies currently do: accounting giants KPMG and PwC and international law firm Clifford Chance.

This kind of reporting is fundamental in holding companies to account and would certainly be a positive step towards making workplaces more inclusive, diverse and fair in future.