Employers and even President Biden said they want people back at the office. But add one more item to the pile of reasons employees are less than enthusiastic about going back to the workplace: the skyrocketing cost of commuting.

Studies continue to confirm that, for the most part, people would much rather work from home if given the choice. A recent poll by Pew Research showed that a preference for working from home is a major reason they’re doing so (76% now vs. 60% in 2020) compared to other reasons like fear of Covid and moving away from their companies’ headquarters.

And now comes extra ammo for those workers looking to avoid the return to the office. In its Human Workplace Index, Workhuman found that more than half (55%) of workers have concerns about affording extra expenses associated with in-person work. In a survey of 1,000 full-time workers across the U.S., U.K., Canada, and Ireland, six in 10 said they specifically worried over the financial strain of expenses like gas prices and parking.

Although relief could be coming for U.S. commuters as Biden plans to release 1 million barrels of oil per day from the Strategic Petroleum Reserve (even as analysts remain skeptical it will have a real impact), gas prices that have soared since Russia’s invasion of Ukraine rocked the global oil markets have had a measurable impact on consumer confidence.

Workhuman’s study found, among other factors affecting workers’ views on starting back with commuting to the office, 41% of those polled feel burdened in general by the higher cost of living, 32% feared the impact of expected social gatherings like office happy hours, and 27% cited childcare or eldercare. 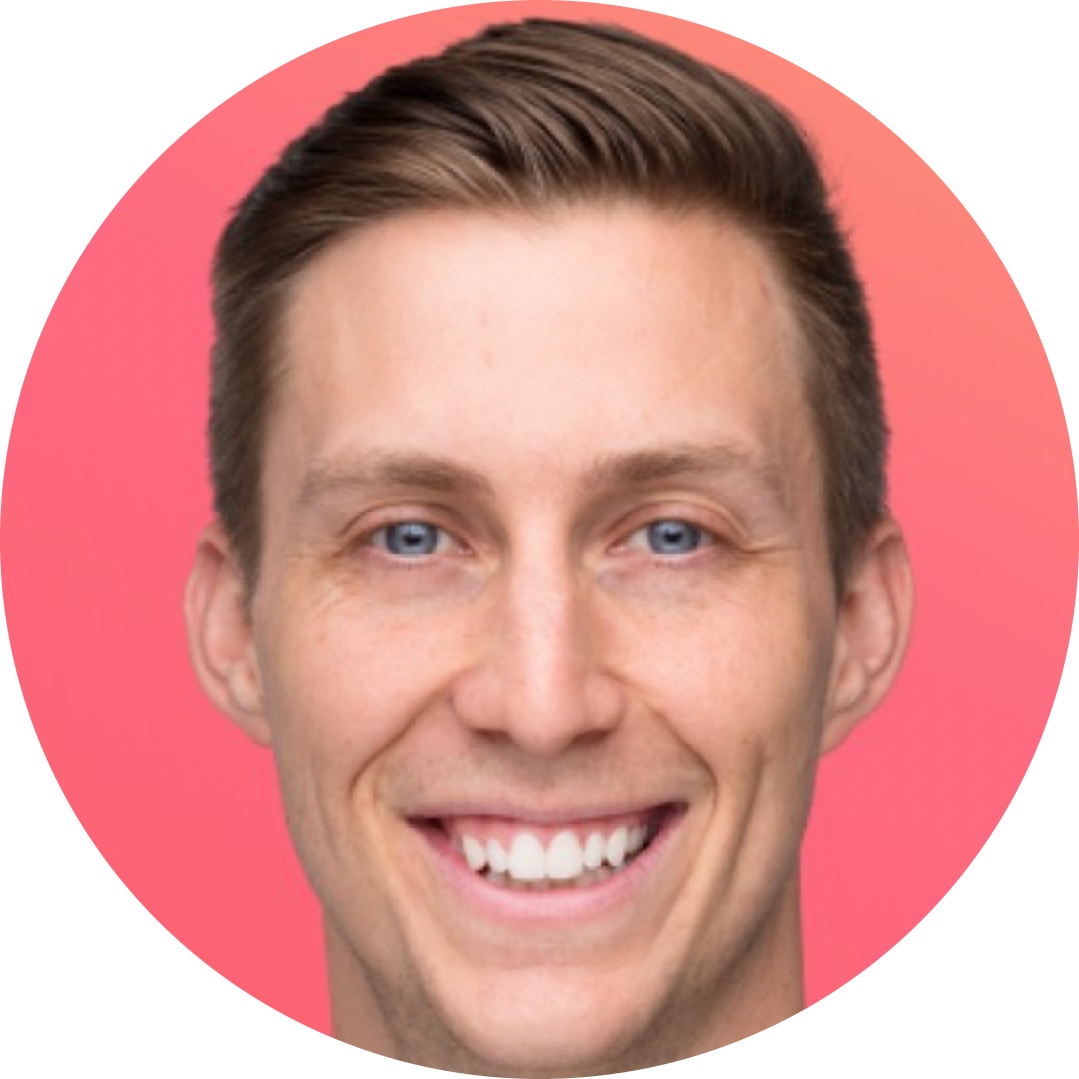 “If gas prices stay high, people may stop coming in because it just doesn’t make financial sense for them to do so, or they may demand more flexibility.”
Trevor Larson, founder and CEO of HR software company Nectar.

Meanwhile, according to a survey of 1,000 workers in the U.S. by the HR software firm BambooHR, the financial commitment of returning to the office has been a shock to the system of employees, who report it costs 32% more on average to work in the office versus at home.

Trevor Larson, founder and CEO of HR software company Nectar, said record gas prices on its home turf of Utah definitely have employee financial worries top of mind. “We’ve already reopened the office and people are coming in, but I worry that the hybrid situation we currently enjoy might not last much longer,” he said. “If gas prices stay high, people may stop coming in because it just doesn’t make financial sense for them to do so, or they may demand more flexibility.”

Larson said the company has already looked into subsidizing transportation costs for employees, as well as looking at ways to make the office more flexible so that people can work from home when they need to. “I don’t want people to feel like they’re stuck in the office all the time and that they have to come in just because it’s more expensive to not do so. That’s not good for anyone,” he added.

Joshua Rich, founder and CEO of location software maker Bullseye Locations, related that as Covid began to wane, he decided to reopen his company headquarters in New Jersey. But with that came a new challenge in the form of peaking gas prices. “I had to make sure that this wasn’t a factor that stopped the workers from rejoining,” he said.

To offset the cost of employee commuting and encourage them to come back, Rich hired an agency that provides commuting facilities for employees to and from their homes as a means of convenience. The service provided is free. He also decided to organize a reunion for employees to ensure their interest in returning to the office remained. (A friendly competition was held among the workers, with bonuses.)

“This will ensure that those employees who prefer to commute via their personal vehicles will also not have to worry about paying gas money from their monthly incomes,” he explained, adding, “It is essential that the employee’s concerns — like commuting costs — are addressed so that they are not only willing to return but also perform well in their jobs, hence benefiting the business with improved productivity.”

Even before the pandemic and soaring gas prices, nearly half of Americans cited the commute as the worst part of their workday. With employees now headed back to the workplace, Mike Mangan, vp of Commute With Enterprise, a vanpooling operator, said that this is a rare opportunity for businesses, employees and communities to rethink the commute and its impact on the environment.

Vanpooling helps take 40,000 vehicles off the road every day, eliminating 900 million miles per year, according to the company. That means a reduction of 695 million pounds of carbon emissions every year. Furthermore, the company’s research has found that vanpoolers with a commute of 50 miles round trip can get back more than 300 hours of drive time in their workdays annually.

As Mangan put it, “Between rush-hour traffic and lost time, getting to and from work can cause a lot of stress that ultimately impacts our health — not to mention the environmental impact of single-occupancy vehicles on the road.”

An earlier version of this story stated that there were 2,268 respondents in the Workhuman report, but there were 1,000. The story has now been updated to the correct number.

How important is it that employers try to cater to the range of emotional needs of their employees when establishing how and where people work?

Over the past two years, people have reassessed their values. Some people are desperate to get back to the office because their home isn’t set up for work — or the dog is barking or the baby is crying and they can’t focus. And they need to be given that opportunity. Then you have new starters, who have joined during the pandemic and struggled to interact so feel they’re underperforming. They want that interaction you get when in the office. On the flip side, some haven’t been able to grieve because loved ones died during lockdown. I know people who lost their fathers very early on in Italy, while they were working in the U.K. It was horrendous because they couldn’t even get back [to Italy]. You need to be aware that people are going through lived experiences and are maybe traumatized by them in some way, and may still be worried about getting sick. You have to be mindful of all these situations. Value and appreciation are what’s driving people to stay in their jobs.

In some cases, it seems even for those who want to be in the office for some of the week, that when they get there, it’s not a great experience?

Yes, in the U.K. for example, there is now a pressure to go into the office for at least some days, but I’m hearing from a lot of people who are frustrated that when they get there they’re sitting on Zoom calls and the rest of their team isn’t in at the same time, which makes them question why they’re there. You have to be mindful of what does the new office environment look like. And it isn’t a case of fitting this new style into what it was before, because what it was before doesn’t exist anymore. And the sad part is, some of the reasons it doesn’t exist anymore is because people have left and people have lost other people. It’s not one of those things whereby you can just pick it up. This is why it frustrates me when we talk about resilience just by bouncing back. It’s not, it’s about springing forward into where the future of work is going to be.

So what can be done to improve the experience when people do go into the office?

It’s all comes down to consultation and communication. So for example, if you’ve got people who are saying, actually they work more comfortably at home, consider things like do they need a desk in the office, can they manage their own time, should they come into the office for one-to-ones, what tech do they need. Those decisions need to be made in consultation with the people who are using the offices. And too often, organizations say they’re having consultations, but they’re not listening. It’s tick-box mentality. So consultation, communication, those things become ever more important, so that people don’t feel another sense of uncertainty or another sense of being undervalued. — Jessica Davies.

We want to hear from you

The U.S. has long had a reputation internationally for being more stringent on paid vacation time, compared with other countries. But it seems the strain we’ve all endured during the past two years, as a result of pandemic-related restrictions, mixed with that high work ethic, has started to take its toll.

We’d like to hear from you: Do feel in need of more vacation time? And would you feel comfortable asking your boss for more paid time off? Send your answer to us here, with your name and location, and we may feature it in our next newsletter.