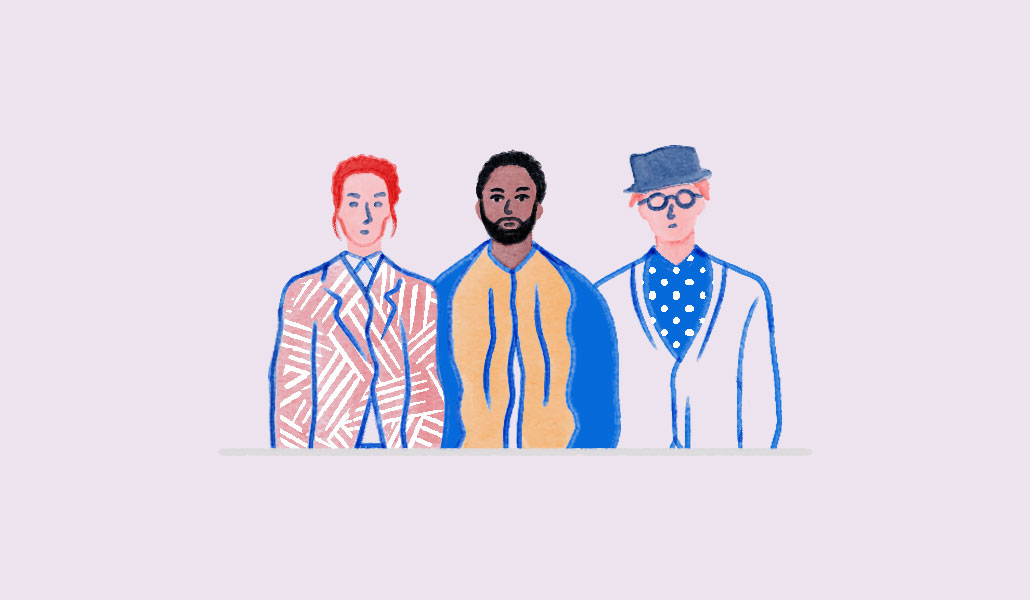 In the scramble to attract and retain the best young talent, organizations are over-relying on stereotypes to try and understand what makes them tick.

Sure, Generation Zers have unique perspectives on careers and how to succeed in the workforce, that differ from previous generations, but in the race to better understand an entire generation, important details are falling through the cracks. For instance, it was Gen Z that bore the brunt of the criticism for harboring so-called lazy work ethics like “quiet quitting.” But that falls short of the full truth, talent execs have asserted.

Adeyanju also challenged the perception that Gen Zers are flighty and will seek to change jobs regularly. “Our research shows that [members of] Gen Z are ambitious and want to be challenged,” he said. “One sure-fire way to alienate Gen Zers is to believe the misguided opinions and not engage with this cohort in a way they are receptive to.”

Meanwhile, new research has emerged that disproves another myth: that Gen Zers don’t want to work in an office, ever. It turns out, a large proportion does want to experience in-person workplace environments. Indeed, 72% of 4,000 U.K. Gen Zers said they want to be in the office between three and five days a week, according to research published in September by Bright Network, a graduate careers and employment firm.

Meanwhile, 78% of 3,000 Gen Zers surveyed across Europe, the Middle East and Africa, said they find it easier to bond with colleagues in the workplace, as revealed in a separate study, published in October by global workplace creation firm Unispace. And 81% felt disconnected from their peers when working from home or remotely, while four out of five respondents stated that access to training would encourage them back to the workplace. Most (80%) said they would be happier to return to work if they knew their team would be in the office, stressing the importance of in-person interactions in the workplace for those in the earlier stages of their careers.

“While younger generations may face the stereotype of being a ‘digital-only’ group of workers, our research clearly shows that they prioritize the ability to learn from others face to face,” said Stuart Finnie, head of design at Unispace.

In the U.S., it is a slightly more nuanced picture, according to the Center for Generational Kinetic’s (CGK) most recent Annual State of Gen Z study, launched in the summer. The CGK report found that 25% of Gen Zers preferred to be in the office for important events. A slightly higher number (29%) wanted to be in a traditional physical office all the time. The remaining 47% sought a combination of in-office and remote working-from-home arrangements. (Although it’s worth noting the 1,070 Gen Zers were quizzed in October 2021 — the sample size is small, and a lot can change in a year in terms of sentiment.)

However, a large majority of the generation (61%) believed that the quickest way to gain a promotion would be to work in a physical office between three and five days per week.

Despite current technology, nothing can replace the sense of belonging that in-person socialization can bring, Finnie argued. He echoed Adeyanju’s opinion that business leaders appear to be behind the curve in recognizing this. “Our research suggests that this group values the opportunity, collaboration, and support that a physical office provides more than any other age group,” Finnie said.

But he stressed that the seeming reluctance of this generation to return to the office is more a reflection of employers’ failing to make it an appealing enough attraction.

Part of the reason for the popular belief that all Gen Zers want to work from home, stems from the fact that those of that generation would have entered the job market post 2020, meaning that some form of remote working is all they’ve known. “But the idea they’re overly tied to home comforts is well wide of the mark,” said Ben Keighley, founder of the social media recruitment firm Socially Recruited.

Spending more time in the office would afford them more opportunities to forge friendships and connections within a team, Keighley posited. It would also help establish a clear boundary between their work and leisure time. Most crucially, though, it would offer “younger recruits chances to socialize and network in person” — two things denied during the pandemic, he added. 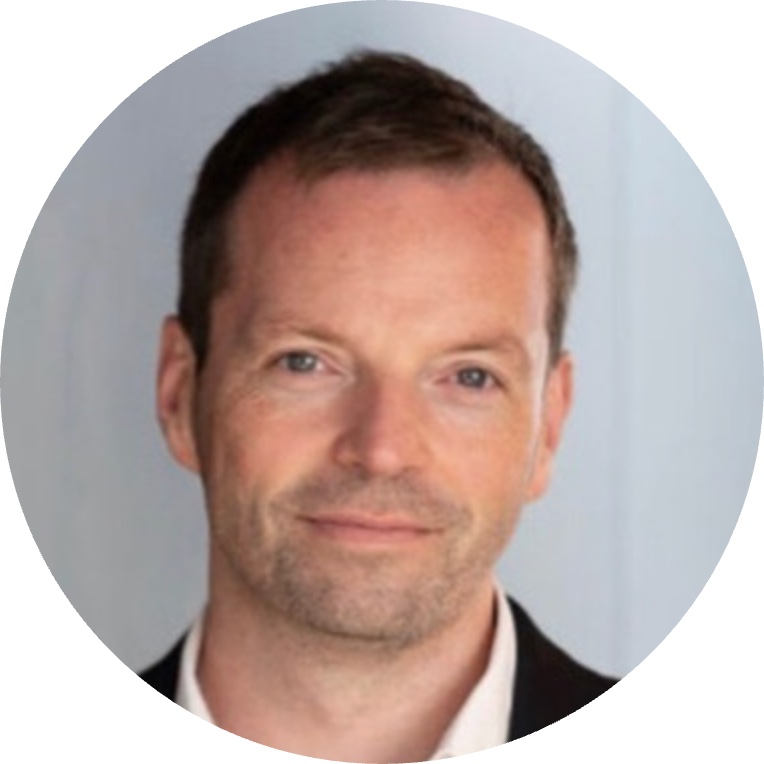 “While younger generations may face the stereotype of being a ‘digital-only’ group of workers, our research clearly shows that they prioritize the ability to learn from others face to face.”
Stuart Finnie, head of design at Unispace.

LaToya Anderson, founder of career side-hustle blog CheddarDen, agreed. “One of the most commonly held myths about Gen Z workers is that they are lazy and unproductive,” she said. “In reality, this generation has a lot to offer businesses, including an increased focus on creativity and collaboration over individualism.”

Anderson pointed to a recent Harris Poll study which found that 78% of Gen Zers wanted their work to feel like a “community,” and two-thirds (67%) desired the chance to use their skills in ways that are beneficial to society or the environment. “Employers can harness the creativity and innovation of this generation while also benefiting from its productivity advantages by enabling workers to share ideas and collaborate on projects,” she said.

Moreover, by addressing workplace culture issues, including stress levels and disconnection from coworkers, organizations could create “an exceptional experience for all workers,” Anderson added.

Individuals from Gen Z are also ready to fight for higher starting salaries — driven by the current economic instability. Most (83%) of those surveyed in the Bright Network research, said the current cost-of-living crisis has changed what they’re willing to accept. As a result, the salary expectation has risen to £30,244 ($33,462) in the U.K. — up 9% since January 2022.

This data reflects a worldwide trend, according to the Deloitte Global 2022 Gen Z and Millennial survey, which quizzed 14,808 Gen Zers across 46 countries. Some 29% selected the cost of living as their most significant concern, and 46% said they live paycheck to paycheck and worry they won’t be able to cover their expenses. Hence, 43% of Gen Zers have a second part- or full-time job in addition to their primary job. So much for the idea that Gen Zers don’t prioritize pay packets.

Rod McMillan, U.K. marketing manager at global employment platform Monster, said there was another myth that needed to be debunked. “Formal dress codes haven’t been shown the door,” he said. “Our research [coming soon] showed that, surprisingly, Gen Z were least likely to approve of dressing less professionally in an interview when compared to previous generations.”

So what should businesses do to attract and retain top Gen Z talent? Becky Schnauffer, LinkedIn’s head of global clients in EMEA and LATAM, provided some tips. Again, it comes back to the office, and flexibility.

“According to our data, Gen Z is the generation most likely to have left — or considered leaving — a job because their employer didn’t offer a feasible flexible work policy (72%), compared to 69% of millennials, 53% of Gen X, and 59% of boomers,” she said.

But, Schnauffer added, desiring flexibility doesn’t necessarily mean that career starters want to be remote all the time. For example, of the 4,000 Gen Z workers beginning their careers in the U.K., U.S., France and Germany, 70% wanted access to an office.

“To attract and retain Gen Z talent recruiters and businesses need to recognize the realities of each employee’s personal situation,” she said. “If employers want to get their work models right — working for the development of their employees — their best bet may be to ask their employees what they want.”