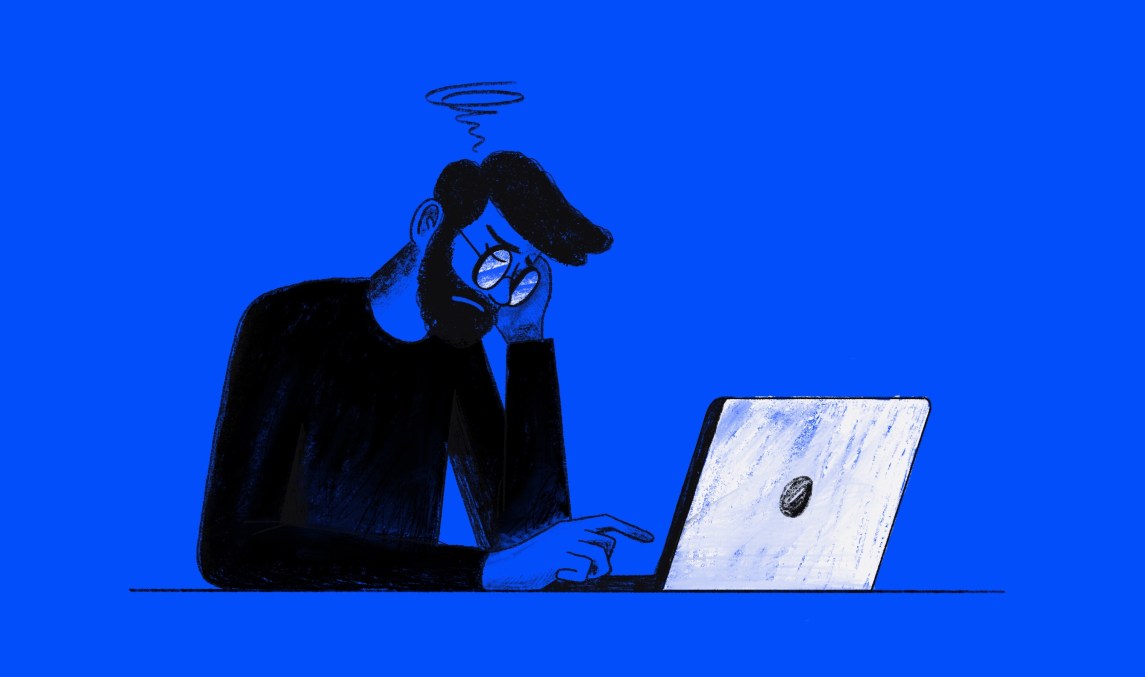 The word toxic gets thrown around a lot when discussing an unhappy workplace. At WorkLife, we get tons of pitches offering suggestions on how to fix a toxic work culture and surveys claiming one of the main reasons people quit is because of a toxic boss or company culture.

But what exactly is a toxic culture? Are there any gray areas? For instance, what defines a toxic workplace, manager or co-worker and how does it differ from simply having a bad manager or not getting on with co-workers?

WorkLife spoke with a range of industry experts to understand what exactly toxicity in the workplace means in both its most extreme and mildest forms.

How is a toxic culture defined?

Jessica Grossmeier, a California-based workplace researcher who focuses on strategies that promote a thriving, healthy work culture, offers this definition: “A toxic culture is one where the systems and the norms support or perpetuate distrust, fear, incivility and bullying.”

That definition made us wonder: Was Elon Musk’s recent memo to SpaceX employees demanding they be in the office for a minimum of 40 hours a week or get fired toxic? How about the one he sent to Tesla’s executive staff saying the same?

It’s not a simple answer.

“I think his delivery sucks,” Tessa West, an NYU professor of psychology and author of Jerks at Work: Toxic Coworkers and What to Do About Them, told WorkLife. “Asking people to come back to the office isn’t toxic. The way he communicated the message with a ‘you’re in or you’re out’ ultimatum, that’s toxic.”

That nuance is important. Musk is a notoriously outcome-driven CEO and may have had very good reason to call staff back to the office full-time — especially if performance data was down and it’s directly tied to working from home. His message likely would’ve been better received if he explained the rationale behind the new policy, built a consensus and rolled it out over time instead of saying that if you’re not at work Monday morning you’re out of a job.

And while Musk may not care if employees see Tesla and SpaceX as having toxic cultures, bosses should take notice since it’s an expensive problem. A quarter of employees across the globe regularly report they’ve experienced high levels of toxic workplace behavior, according to a global study by the McKinsey Health Institute that surveyed more than 15,000 employees in 15 countries between February and April.

So does toxic behavior translates to quitting?

Yes, and in the U.S. employers are already struggling to fill open roles. Turnover exacerbates that struggle. Employees who said they experience toxic behavior at work are eight times more likely to report higher levels of burnout symptoms, which makes them six times more likely to want to leave their employers within the next three to six months, according to the report.

It goes on to say that toxic workplace behavior is the strongest predictor of intent to quit within the next three to six months. In fact, it drives employees to quit four times more than any other workplace factor assessed in the survey.

The study measured toxicity with these six scenarios:

Deciphering between a toxic workplace and just having a toxic manager is tricky. Jacqui Brassey, McKinsey’s chief scientist and the director of research science for the firm’s people and organizational performance practice offered these guidelines: A bad manager can be someone who doesn’t have the technical or managerial skills to lead a project well but that doesn’t mean he or she shows toxic behaviors. Similarly, one can be a good manager skill-wise but exhibit horrible behavior in terms of how the manager treats people.

Grossmeier uses this overarching description: “A toxic manager is one that diminishes people rather than empowers them.”

Those are the people who take credit for other’s work or conversely, always think they’re right and that their ideas are the best ones. Toxic managers refuse to consider other ways of doing things and don’t engage in two-way conversations. It’s their way or else.

So how can an organization’s corporate culture can be toxic?

Corporate culture, the norms, values, policies and practices that are accepted within an organization, can also be toxic. Red flags are apparent from the start. One hallmark is a lack of clarity around goals and even job descriptions. When an employee doesn’t have a clearly defined role, they don’t know when they’ve failed or succeeded. It leads to multiple employees competing to accomplish the same task since no one knows whose actual responsibility it is. It also creates the opposite scenario, where no one does the job and then blames the other since their responsibilities weren’t clear.

“That creates a lack of trust,” John Dooney, an HR knowledge advisor at the Society for Human Resource Management, told WorkLife. “There’s a lot of ambiguity in a toxic work environment.”

Another element is top-down, one-way communication that is used to show dominance instead of creating a culture of collaboration. And when there are differing opinions — a normal part of healthy workplaces that fosters innovation — they aren’t discussed openly with the goal of solving the issue. Instead, they’re battles that are either won or lost.

All of this is reinforced because in this environment bad behavior isn’t just accepted, it’s perpetuated and rewarded.

“You could have a few bad actors in an organization, but when those people who act in such a  negative way get promoted or rewarded, it sends a message that if you really want to succeed around here, this is the kind of behavior you need to exhibit,” Grossmeier, author of Reimagining Workplace Well-being, said.

What about toxic behavior in the hybrid workplace?

This can be more difficult to detect because interactions that take place in virtual meetings can often be awkward by their nature. And that can be compounded if some people attending the meeting are in an office together, with the rest of the attendees at home or working from other remote locations. West says another reason is that it’s subtle and sometimes this behavior needs to be in the context of how a certain person behaves with everyone, not just the small group of people you’re interacting with virtually or when a team is in the office.

“A lot of the toxicity happens outside of your line of sight,” West said. “We tend to only see the same five people over and over again on Zoom and when we go in on a hybrid basis. It requires us to see a lot of their interactions and form impressions of people to really get a lay of the land. When we don’t have that, we often assume there’s a toxic person because we had one negative interaction, but we have no idea how widespread it is.”

If it’s hard to detect, does it even matter, though?

“A lot of the toxicity that people engage in at work actually helps them get ahead,” said West.

Her advice: Go to as many in-person gatherings as possible — with proper safety precautions, of course — to mingle and network with a wide swath of co-workers.

“Our temptation is to only hang out with the same three or four people that we like, because it’s comfortable, and it makes us happy,” West said. “But that’s not really giving us a sense of what the culture is at work.”